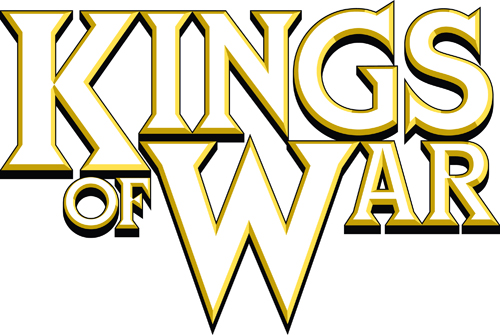 Fast, Furious and Fun. If you’re looking for a fast, large scale fantasy wargame, with solid in-depth tactics as well as simple and balanced rules; Kings of War is for you. Kings of War keeps all of the complex tactics and strategic depths of the genre, while also managing to keep the rules short and easy to learn. Combined with incredibly cheap miniatures, free rules and compatibility with models from other games like Warhammer Fantasy Battles, there is little reason not to give Kings of War a go.

For experienced miniature wargamers, picking up and playing Kings of War will take a matter of an hour or two. For people relatively new to wargaming (or experienced gamers that want to cut their research time), we have compiled a quick and simple guide to help you dive head first into the hobby.

As with most war games, the forces of Kings of War are divided into separate factions and races. Races within the Factions of Good and Evil can only team up with their own Faction (though this doesn’t prevent them from fighting one-another) while the Neutral Races can ally with any Race or Faction (be it Good, Evil or other Neutral races).

If you want the awesome fire-power of the Abyssal Dwarf Mortars and Rocket Launchers, but crave the unstoppable hordes of the Orcs; you can simply build an army that combines the two! But, that’s more for larger games. There are rules that dictate how you combine different units from different races, and we will go over them. For now choose your Core Army (the main one you want to build up) and you can get an idea of an Ally Race to add to your army later on.

Mantic Games currently have more races in development. But since their rules are still in “Beta Testing” and Mantic Games do not provide any supported miniatures, we have decided to leave these out of our guide for now (as the lack of support and changing rules makes them unsuitable for new players).

After you’ve chosen which army you wish to control, the next step is to build your army, then get them painted and ready for battle. For this we will be providing “how to” guides on getting your models ready to play with, including showing you how to use the Recommended Accessories from our Getting Started Guides.

Now that you have your army all built up, it’s time to get some battles under your belt!